Linking to a Facebook post that was made by a digital artist in 2017.   The name that she sells her artwork under is Zlata_Ma.  Zlata's post on Facebook is Public so anyone is able to view.

When you request and use the images from people that do not have Legal permission to use the artwork, you are helping them to keep STEALING MONEY from the Artists who SELL their art.

Please be someone with INTEGRITY.

Creating Is Fun! - Do It The RIGHT Way

If you are wanting to do the right thing with regards to creating and/or requesting Facebook Sets and other Graphics, BEWARE of ANY Graphics Group or Facebook "Like Page" that has the information below.  These individuals are sadly mistaken; misinformed; and just plain WRONG.  Also, anyone that says no copyright infringement intended, IS INDEED infringing on someone's Copyright because they use something WITHOUT asking PERMISSION.   smh   No, you should know better in the first place not to use anything without gaining permission FIRST!  You don't say, "Whoops I didn't know I took something from you without permission until after you saw it and asked me to remove it."  smdh  That is what they're saying when they write that last blurb.

Copying and pasting the "Copyright Disclaimer" information below.  It can be seen in the Description area of many graphic-creating groups on Facebook.  This has been used in groups for YEARS - way before Facebook existed.

Copyright Disclaimer
ATTENTION...PLEASE READ!!!! NO COPYRIGHT INFRINGEMENT INTENDED...DISCLAIMER: All graphics shared here are from the WWW. (World Wide Web) and are believed to be in the public domain or otherwise free for general usage. No copyright infringement is implied or intended by the owners and operators of this list.In accordance with Title 17 U.S.C. Section 107, any copyrighted work in this message is distributed under fair use without profit or payment to those which have expressed a prior interest in receiving the included information for non-profit research and educational or criticism purposes only. Further information is available at: http://www.law.cornell.edu/uscode/17/107.shtml
Important Note: I do not claim ownership over images hosted on this site. If you’re an Artist and I have used your art without your consent or wishing me to use them Please PM me and I will remove the image.
Posted by Unknown at 1/06/2017 No comments:

April 2018 - Again, some visitors think that I did the research and the other work involved.  :(  I did not and I asked if I could share it.  At the time I was still on a Scrap Designer's Creative Team so I had visitors often.  In no way did I take credit, EVER.  When asked personally, I would state exactly who did this research.  When making this post, I was worried that the person might be flooded with contact so that was my ONLY reason for not naming her "in public".   I apologized in 2017 and I am doing so again.

Regarding Facebook's update, I was overly excited.  I was misguided and made an assumption that the news would spread like wildfire (my bad).  Remember when the first uproar hit and everyone was in a panic?  The "No URL News" spread faster than soft butter on a hot biscuit.  It's just very sad that the reverse has not been met with as much vigor.  According to Facebook we can -- however -- according to Store TOU's that specifically say No URLs -- we must not.

Remember when all heck broke loose in the creative community about the URL being regarded as "advertising" so everyone said NO URLs on Covers, Banners, etc.?   Well now that this has changed, where is the "bandwagon" for changing it back?   lol

I have been putting URLs on my Timeline Covers and thankfully haven't gotten into any 'trouble' with any of the Stores.  I realize that until they "catch up" and modify their TOU Pages that, technically, I'm going against TOU's.  ugh  {About six months later, I STOPPED}.

So please ... anyone that sees this post share it with the powers-that-be at your Stores.  You'll be making SO many people happy ... just watch.

We can have a URL in the credits on Timeline cover as this is not commercial business advertising - it is simply putting credits so as not to infringe upon Artist's Copyrights. The following statement can be found in both the pages TOU/policy and personal timelines TOU/policy of Facebook:

"All covers are public. This means that anyone who visits your Page will be able to see your cover. Covers can't be deceptive, misleading, or infringe on anyone's copyright".

If you would care to read the current Facebook policy, nowhere does it state that URLs are not allowed within credits on a timeline cover.   https://www.facebook.com/policies/
Posted by Unknown at 12/01/2016 No comments:

I am sure that you will enjoy creating with "Autumn Witchery" as much as I did.  Whether it be cute or scary, Halloween or Fall there's something for everyone in this kit by PinkParadox Productions.  You can get yours >HERE< 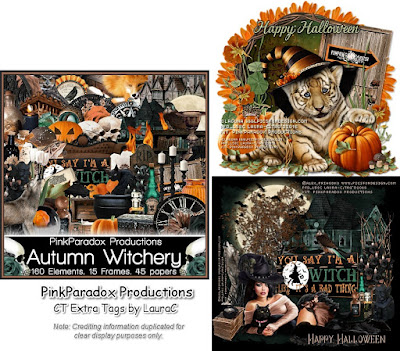 Extras below with the Licensed Artwork of Laguna and Alex Prihodko may only be used as-is; they are NOT "Blanks". >Please Read TOU<  Click on image to view full-size, then save. Thank you. 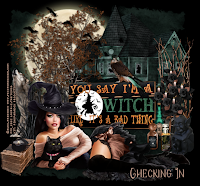 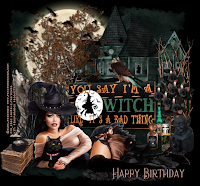 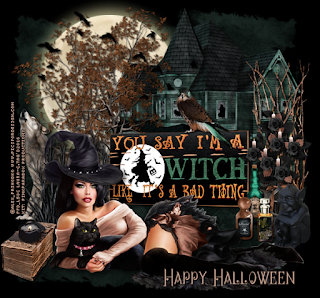 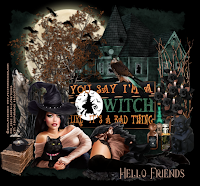 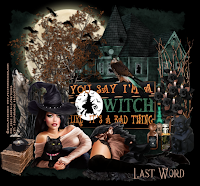 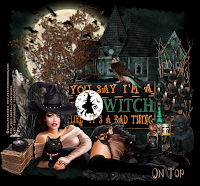 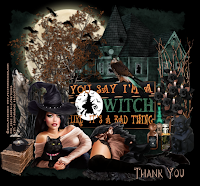 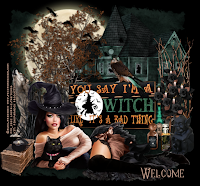 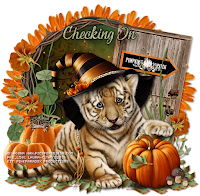 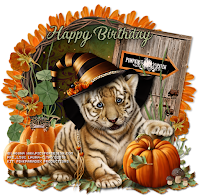 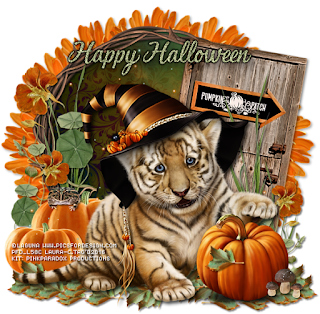 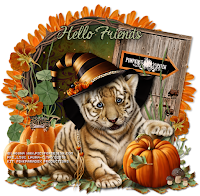 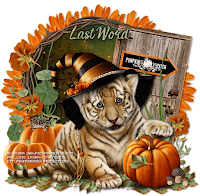 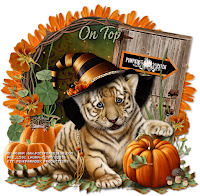 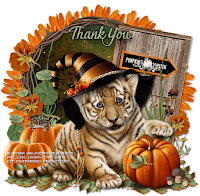 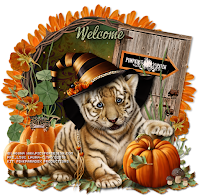